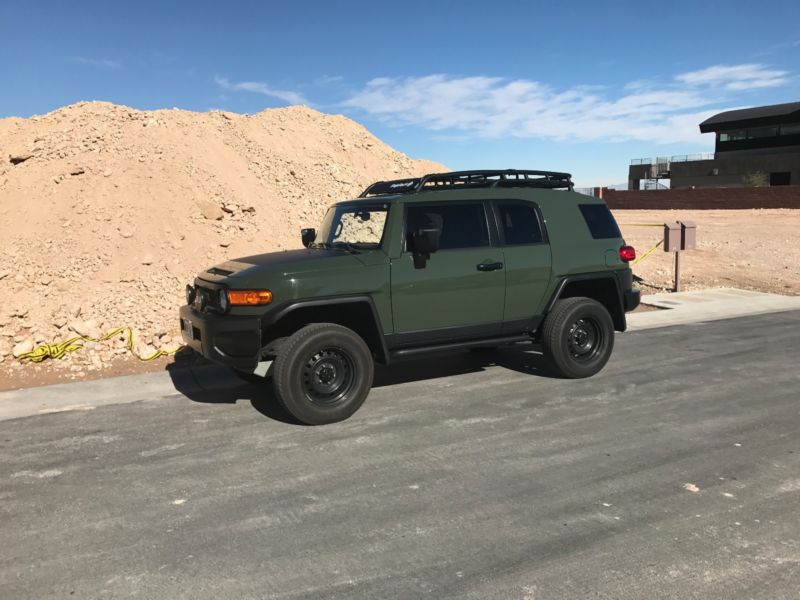 If you have questions email email me at: tommyetrremus@geordies.org .

i am the second owner
car is immaculate,still certified pre-owned by toyota untill next septmber...
i don't even go off road...new highway tires.this car will be a collectors dream..... there are very few left in
the country with this low miles.....
stick shift ,skid plate baja roof rack insert
premium sound, bluetooth,upgraded suspension... only 21 k miles
i live in vegas and capitol 1 owns the title.....
Please do not waste my time i am not in a rush of selling this car.....
its about demand and supply so i don't care about the book or any offers below 35k
good luck....