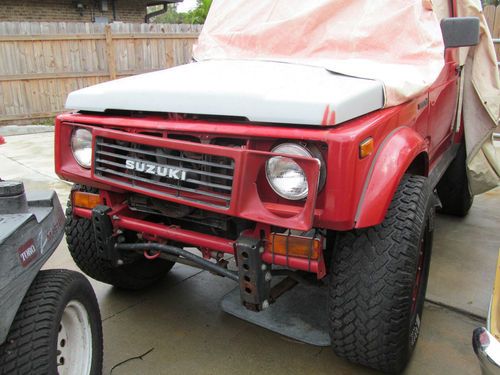 This is a 1991 Suzuki Samurai 4 X 4. Fuel Injection which is rare. This has been flipped over while driving down the road. I attempted to do the repairs. See pictures for the physical damage.The computer is missing as it was stolen while sitting for a year. It ran very well prior to the accident. The 4 wheel drive worked fine. The only rust is at the bottom of the rocker panels where the plastic is. No knocking, no burning oil and was my DD. It has AC just needed freon. The drivers seat is not included. The tires are at 65% tread.