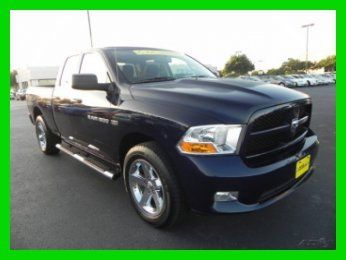 Front-wheel drive is what sets the all-new Ram ProMaster full-size commercial van apart from its competition. In a segment still choked with thirsty, rear-wheel-drive, ladder frame, pickup truck-based cargo vans, the American automaker is introducing something entirely new - well, new to our domestic market, as Europeans will recognize Ram's fresh entrant as a made-for-USA Fiat Ducato.
While the big ProMaster doesn't have a traditional body-on-frame chassis, it isn't a pure unibody either. Consider it a hybrid of both, with a unibody cab up front and a reinforced high-strength steel subframe in the rear. The platform employs double A-arms and MacPherson struts on the front axle, while the rear uses a simple tubular beam axle. Tires are 225/75R16 at all four corners. The steering is hydraulic rack-and-pinion (allowing an impressive 36-foot turning radius) and there are disc brakes with two-piston calipers all around. It is a solid, if unsophisticated, setup.
This game-changing van, which has already arrived in showrooms with a starting price of $28,630, is propelled by either a gasoline-powered 3.6-liter Pentastar six-cylinder (280 horsepower and 258 pound-feet of torque) or a new turbocharged 3.0-liter four-cylinder diesel (174 horsepower and 295 pound-feet of torque). Ram will offer a traditional six-speed automatic or a new six-speed automated single-clutch manual transmission that drops the hydraulic linkage to improve fuel economy - details are still emerging on this unique gearbox.

A new day is dawning, folks. The old-guard vans of our youth are being replaced with a new flock of European-inspired commercial vehicles from the likes of Ford, Nissan (Renault) and Mercedes-Benz. Here in Chicago, Ram pulled the covers off its entry into the reborn commercial van market with the 2014 Promaster, based on the well-known European Fiat Ducato.
Ram makes no bones about the Promaster's Fiat underpinnings, though the company claims it has beefed up the machine for US roads and uses with a re-engineered chassis, a more robust suspension setup, improved brakes (from Brembo), additional corrosion protection, improved climate control and additional safety systems.
Power comes from one of two powerplants options, one gas and one diesel. First up is Chrysler's well-known 3.6-liter Pentastar V6 rated at 280 horsepower and 260 pound-feet of torque mated to a six-speed automatic transmission. For a bit more pulling power and durability, Ram is offering a new 3.0-liter four-cylinder diesel engine pumping out 174 hp and, more importantly, 295 lb-ft of torque at just 1,400 rpm. That engine sends its torquey goodness through a six-speed electronically controlled automated manual gearbox.