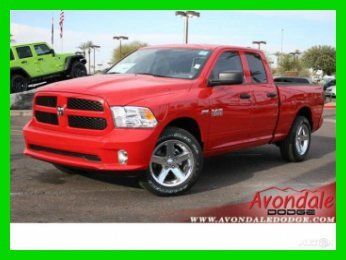 Looking at the fullsize pickup landscape, automakers are bringing more and more luxury to the mix. Ford has its King Ranch, GMC has the Denali and now Chevrolet is adding a High Country model, but it sounds like Ram might be looking to make a step up from its already posh Laramie Longhorn trim (shown above). Speaking with new Ram boss Reid Bigland, Automobile is reporting that Chrysler could be looking to reach even higher to add even more premium accoutrements to its truck line.
It's hard to imagine how much higher Ram could get with its luxury especially considering the 2013 Ram 3500 HD Laramie Longhorn used for our recent First Drive carried an as-tested price of $70,285 - even lighter-duty 1500 models start at $45k in LL trim. We wonder if this means we might finally get to see a production version of the Ram Long Hauler that we saw testing earlier in the year. Either way, high-dollar pickups add up to massive profit margins for automakers, so as long as there are customers willing to pay the price, we'll doubtlessly continue to see more premium features inside future trucks.