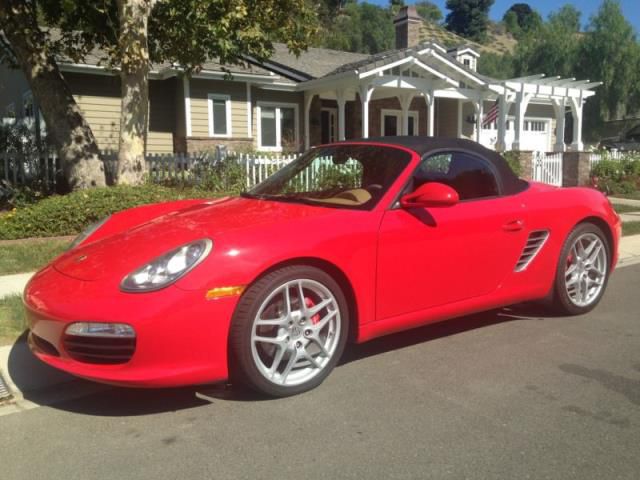 This is a beautiful two owner 6 speed manual Boxster S. I purchased it from a Porsche dealership with CPO and it has been very well maintained ever since. This is the first year of the direct injection on this very reliable 310HP engine. It currently has 90,000 miles. These are mostly freeway miles since I purchased it after my retirement and therefor it missed the bumper to bumper LA traffic. Brakes and tires are in very good condition and the car runs like new. Im only selling this car because Ive bumped up to a 2014. You will not be disappointed.