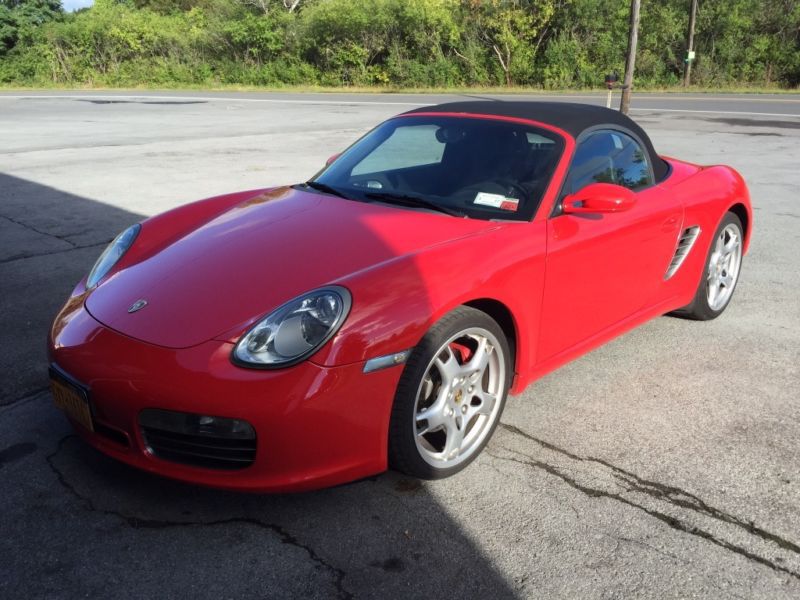 ANY QUESTIONS JUST EMAIL ME: stephanfutterman@juno.com .

2005 Porsche Boxster S w/ 49k miles. 19" wheels, 6speed manual, black leather sport seats. New clutch, IMS bearing,
RMS, water pump, front tires, brake fluid flush, and Mobil 1 oil change were performed at Cantech automotive in
Syracuse Ny last summer. I put over $4k into the car last year. Car is perfect and needs nothing! I added clear
marker lights and the Kenwood touchscreen radio w/ Bluetooth. I still have the original radio and orange lights.
There are a few chips on the front end, a scratch on the rear wing, a couple small scratches here and there.. Paint
is very nice other than the few blems.. Everything works as it should, top is in great condition.