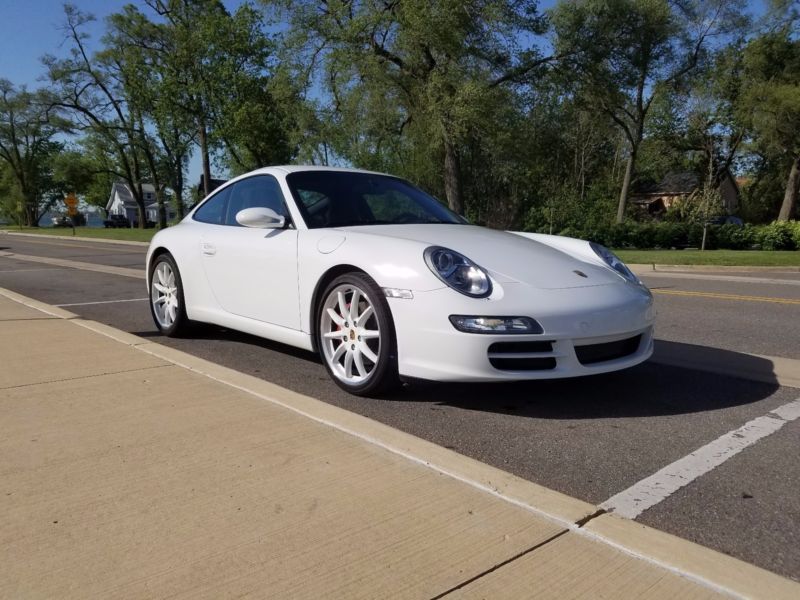 Up for sale is a lovely white 2006 Carrera S. This vehicle operates excellently and is a joy to drive. I looked for
a great condition 997.1S for several months before settling on this vehicle. Any cosmetic issues with the vehicle
are normal for an 11 year old vehicle.
Starts, drives, shifts, stops, as it should. Gets many compliments where I go; it's really a beautiful car.