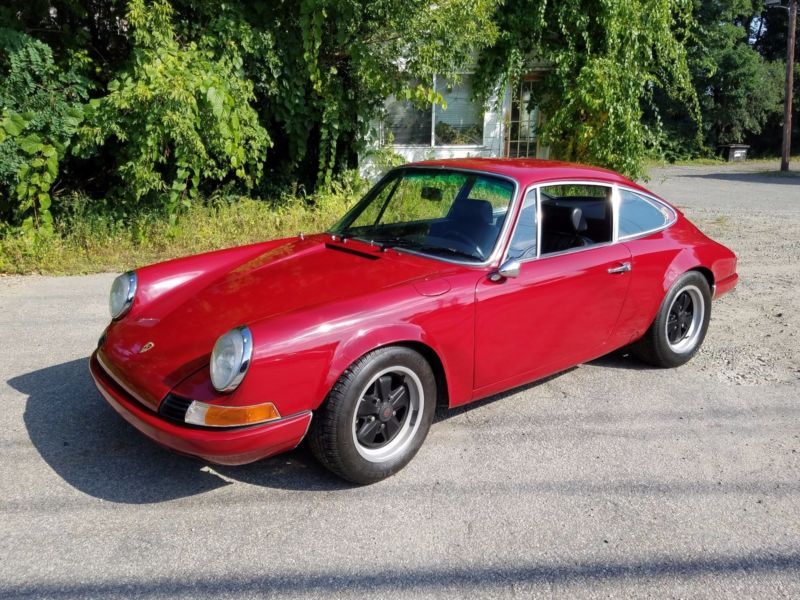 1969 Porsche 911 E, 2.0L with mechanical fuel injection. The whole car has 100k miles, cylender heads were rebuilt
and have 18k miles. Car runs and drives fantastic. All the weather strip has been replaced with old stock new, as
well as interior carpet and trunk carpet. Has 2 12V batteries, alternator has been rebuilt with a brand new starter
motor. Injection pump belt has been replaced. Timing chain tensioners have been replaced, new brake all
around,E-break works perfect new master cylender, rebuilt foot peddles, new headliner, tires are very good, Fuchs
rim 15X8. Seats are original, i replaced the sponge, dash is in perfect condition, all the gauges work, heater
exhange are in very good condition. Car has an after market exhauste, but i do have the original, Car was
regualarly serviced every year. All the chrome shines no rot, has H4 headlights, i do have the orginal with
headlight chrome.