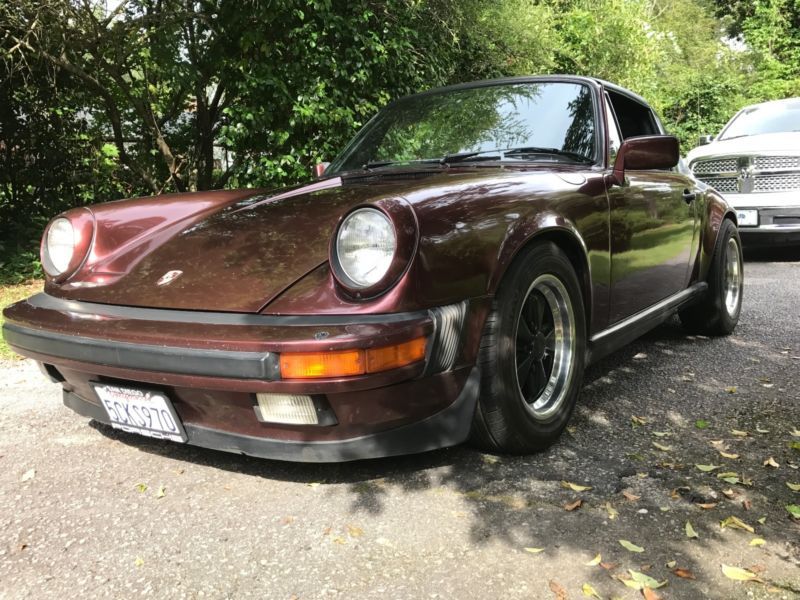 1986 Porsche 911 3.2 Targa. I bought the car two years ago when the prices were climbing and
paid too much. Oh well, that seems to be my modus operandi when it comes to cars..."buy high and sell low".
The car has always been a California car and is rust free. I don't believe the car has ever been hit. The panels
are original and the trunk area, floor pans, etc. are straight and wrinkle free. When I bought the car, it ran good
with excellent oil pressure but smoked on startup.
What we have here is a car for the Porsche enthusiast who wants a solid, straight, never rusted Southern California
Carrera Targa with the legendary 3.2 they can enjoy while they tinker