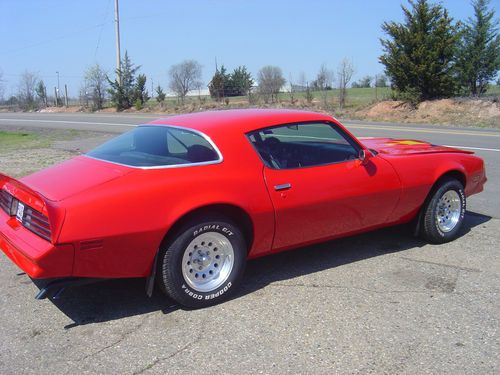 This Firebird was rebuilt 8 years ago and has been in storage. It has a Chevrolet 350 engine and automatic transmission. New interior. New wheels and tires. All the glass is in great shape. NO RUST!!!! This is a clean car that will fire right up and take you anywhere you need to go. Just started it up this morning (03/11/2013) and it purrs like a kitten. Will make someone a nice ride! For more info please call 1-870-200-3618. NO TEXTS!! CALLS ONLY!! The only thing this car is missing is the small Pontiac emblem on the front of the car. Other than that this car is complete!!