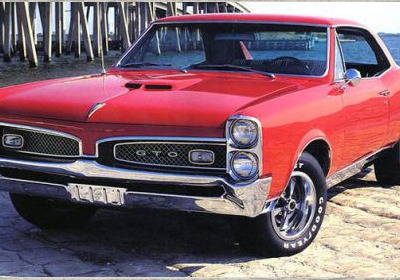 Jim Sharp of Elkhorn, Wisconsin needs a red 1967 Pontiac GTO to make his dad's Father's Day, possibly his last one, something extra special.

Back in the '60s, Jim's dad, Ken, drove a cherry red 1967 GTO to California for a job. He met a girl, got married and decided his wife's 1965 Ford Mustang was more fuel efficient than the Goat and the GTO was sold. As the story almost always goes, Ken has had seller's regret ever since.

Jim always meant to find a 1967 GTO and, with his dad's help, restore it. But life got in the way, time slipped by and Ken was recently diagnosed with esophageal cancer and given about three months to live.

"My dad would love to own a GTO, but finances aren't there to do so, and I am really hoping to get one for him to drive around for a while. He now spends his days going fishing sunup to sundown as that is what he wants to do. I can think of no better way to get him from home to his fishing spot and back again than in a GTO!"

So if you know of anyone in the Elkhorn area willing to loan or rent their GTO for a day, Daniel Strohl at Hemmings asks you to contact him as soon as possible.