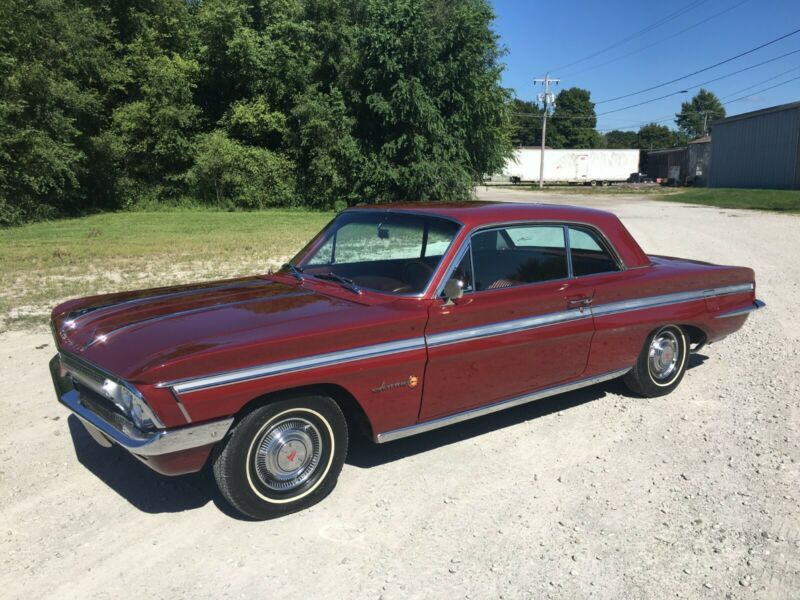 Body: The paint has aged very well with little exposure to the climate. There are now two spots of rust coming through by the chrome trim on both C pillar. There is very small evidence of bubbling at the lower front edge of the drivers door.
It is very small. I have pics of it but the spots just do not show . The stainless trim shows very nice. It is
original and not reproduction. The front bumper looks excellent. The rear bumper has poor chrome work. The
windows are original and in excellent shape.

Chassis The bottom of the car was not restored. It still has the original paint. It is greasy, but shows well.
As per the original invoice in the gallery the owner added "undercoating" at the dealer prior to delivery. It is
still in place. The suspension components are all well greased and maintained evidencing by the way the car drives
which is excellent.

Motor: As per the protecto plate the original motor number HH138823 is still with the car today. As is the
transmission. In 1962 many complained about how the cars turbo responded. The dealers Fix was to discarded the
turbos and replaced with quadra jets. This car was left stock. The turbo is original and works perfectly. This
car was subject to annual oil changes and multiple transmission fluid changes. The motor pulls hard and has no
strange noises. The extra "turbo rocket fluid" comes with the car. This fluid was methanol to keep detonation
down.

Interior: The interior is original with the exception of the carpet. Carpet was replaced in 1994. It appears to
be NOS. The original seats are showing small tears, and look to be a bit dry. The dash, chrome door panels, and
headliner show very well. The gauges as well as the lights all work well.