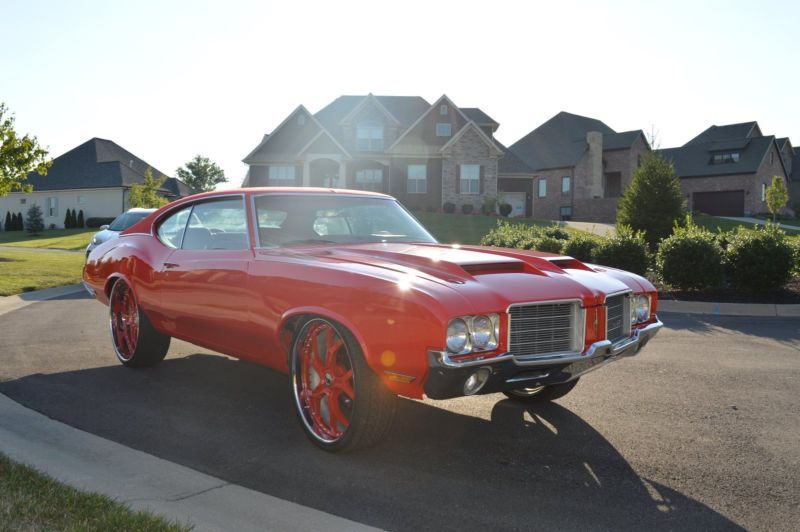 Up for sale is one of the nicest 1971 Oldsmobile cutlass you can get your hands on. Glossy Red in color, fully
custom tan leather seats with red stitching. Cold A/C. A performance built 454 Chevy big block v8 engine. Enhanced
with a GM LS& head/roller rocker hi performance 6272990, performance intake, Holley four barrel carburetor and long
tube headers. Flow master dual exhaust. This is mated to a stout th350 three speed automatic that feeds to a 10
bolt rear end. Power steering, wildwood six piston front disc brakes and slotted rotors. Rear also has disc brakes.
To make sure the olds can handle the height there are thick sway bars front and rear as well as QA1 coil overs on
all for corners. 24 front and 26 rear Forgiato 3 pieces wheels. The dual scoops in the hood gives this car a great
level of aggression. Hood does have a few small cracks in the fiber glass, see pics. Red fabric roof. The original
rocker trim do come with the sale and is located in the truck pics. Power windows. Pioneer head unit. Auto Meter
gauges. B&M rachet shifter in the center console. fresh Oil change. Electronic door pops.