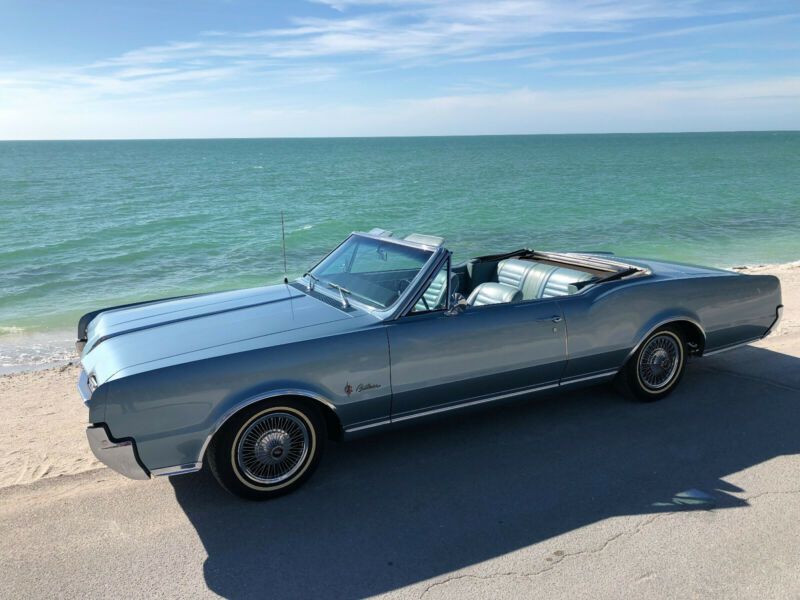 Within the past year beautiful NEW PAINT in the original Crystal Blue factory color. It was completely stripped
with zero rust and no metal repair. Along with the new paint is all new weatherstrip seals and emblems. Also
within the past year a complete tune up, new exhaust, new radiator, transmission reseal and AC charge! Runs and
drives excellent! Mechanical: A Cosmetic Exterior: A+ Interior: B- (all original interior, nice dash, nice
center console, nice door panels, rear seat could be re-dyed, front seat covers and carpet are worn), Convertible
top: B.