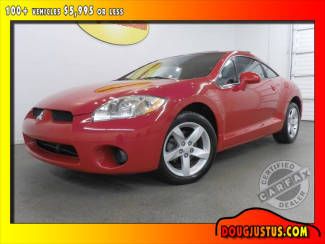 We take it for granted that women can enter just about any career they want now. But there are still countless occupations where females are underrepresented. You don't see too many women truckers, for example - particularly in a country that's still as deeply traditional as Japan. But Mitsubishi Fuso is showing just how forward thinking - and simultaneously, how traditional (pink polka dots are a bit 'on the nose') it can be with this hybrid pink truck.
Now for those unfamiliar, the Mitsubishi Fuso Truck and Bus Corporation has nothing to do with Mitsubishi the car company these days. Instead, it's owned by Daimler, which we know best as the parent company of Mercedes-Benz. Yet Daimler also owns a number of truck and bus manufacturers - among them Freightliner, Thomas Built and Mitsubishi Fuso. One of latter's most popular products is the Canter, the model seen here coated in the shade of Pepto pink at the Tokyo Motor Show.
The point? To make truck driving more attractive to women, of course! We're not sure it'll catch on, but apart from the color scheme - which extends, incidentally, from the cab to the box and inside the cabin - this particular Canter (which Fuso has dubbed Canna) features a hybrid powertrain that produces 130 horsepower and 221 pound-feet of torque, paired to a 7.5Ah lithium-ion battery good for 270 volts. The whole package weighs 6,250 pounds and can carry three Japanese school girls dressed up as Sailor Moon in the front and plenty of Hello Kitty merchandise in the back.

Around this same time last year, Mitsubishi used the Montreal Auto Show for the North American introduction of its 2014 Mirage. This year, the Japanese automaker will reveal the sedan version of the subcompact wearing the Mirage G4 nameplate, according to the auto show's website and a couple of fresh teaser images.
We got our first look at this Mirage sedan as previewed by the Concept G4 at the 2013 Shanghai Motor Show, and the production version of that sedan ended up wearing the Attrage name in Thailand and other global markets. There's no official information from Mitsubishi at this time about the Mirage G4, but we wouldn't be surprised to see the small sedan follow the same path as the hatchback, showing up for a US debut at the New York Auto Show before going on sale in the fall. Check out the teaser images in the gallery below.