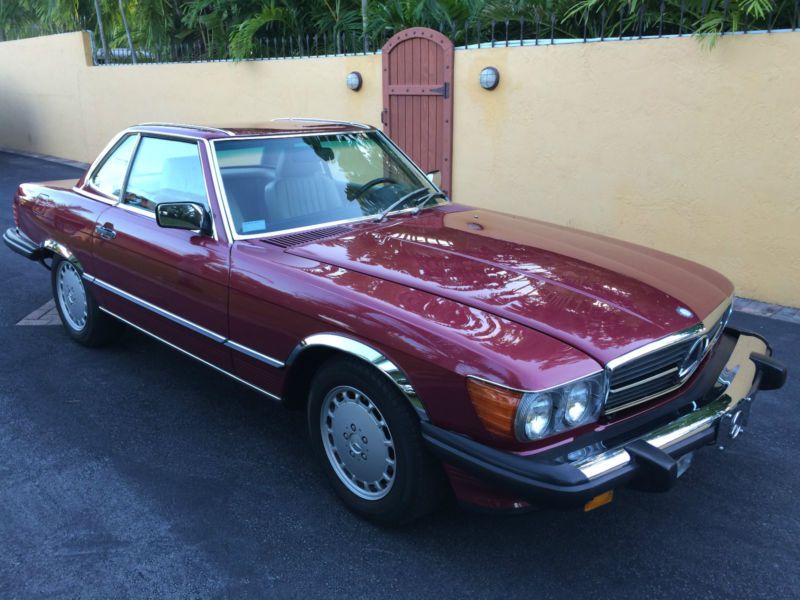 Feel free to ask me any questions about the car : coleencbbrinkmeier@v8man.com .1989 MERCEDES BENZ 560 SL finished in Garnet Red with a subtle tan genuine leather interior.