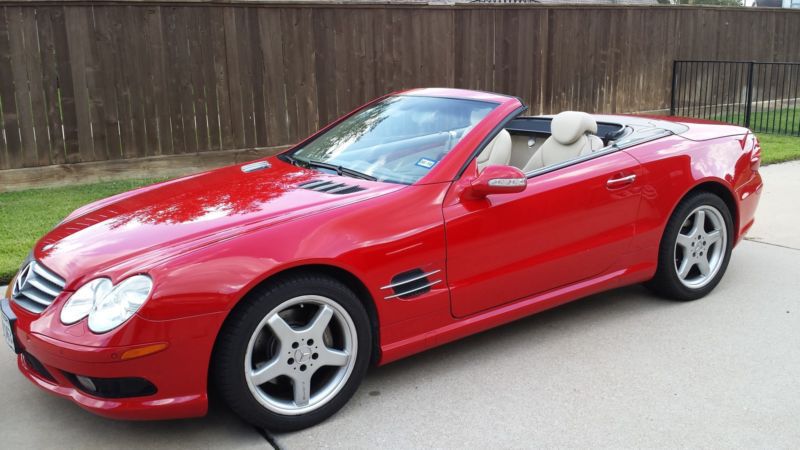 If you have any questions or would like to view the car in person please email me at: dwana.boer@offensivelytolerant.com . Rocket Red Convertable SL500, 31k miles , beautiful appearance and perfect mechanical condition. bumper to bumper
Warranty included ! (This warrantee is worth thousands of dollars and peace of mind. Ever wanted a convertable
supercar with out the repair costs? Look no further. The warrantee protects you from expensive repairs on ALL
mechanical and electrical systems. I paid $5, 000 for this warrantee and its good until April 2018 or 100, 000
miles. So let the top down, hit the road and relax in style.
Mercedes Sl 500 Red Convertable
Professionally maintained, garage kept
Launch edition with Rocket Red paint and sport package
AMG Wheels
Fast 5.0 LTR V8
Soft new smelling white leather interior
Bright and shiny red paint with sparkling clearcoat
This car is in perfect mechanical condition. The warrany allowed me to address even the smallest issue immediatly.
It is actually better than new. I am happy to verify the warranty with Carchex.
New tires and brakes
Complete mechanical records available
If you buy a SL500, buy one with a warranty. You will save thousands and keep your convertable in tip top shape.