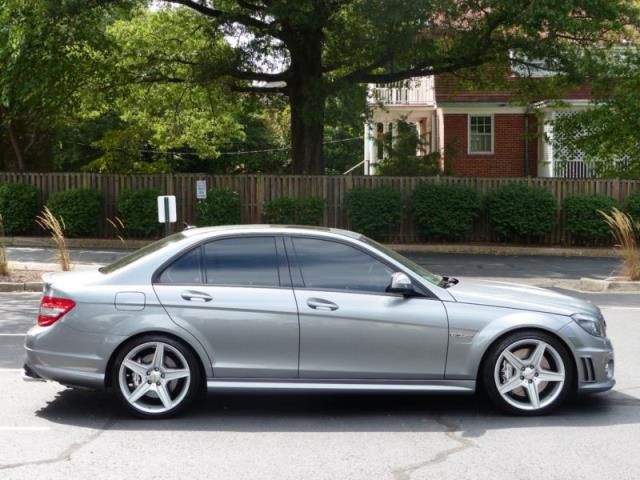 I am placing for sale my 2009 C63 AMG with the P30 performance package. The vehicle was purchased by me from MB of Chicago as a CPO in Sept 2014 with 21k miles...I have put only about 8k miles since then, and it has been serviced exclusively at MB of Arlington, VA. This vehicle is stunning and is simply a 9/10 exterior and 9.5/10 interior. My reason for selling is this: I am neurotic about finances, and my daughter is beginning daycare next month. Ive thus decided to sell my C63 in order to finance her daycare for the next 2-3 years. The relevant facts of the vehicle are as follows: -palladium silver with black leather; no bolster wear, in fact, drivers bolster was replaced during CPO so it is new, and I have used custom bolster covers since purchase. -very low mileage; previous owner was a dentist, and I have only used it for my 12 mile roundtrip commute daily. -no service stories or issues, no wrecks, clean title. car is mechanically flawless as per my service advisor according to the most recent annual maintenance inspection this past May. I have service records. -new brakes (about 8000 miles) -only a few tasteful modifications, including: *19 inch AMG style 5 spoke alloy wheels with 245/275 tires *Carbon fiber big fin rear diffuser *AMG 507 edition gear shifter *15% tint *chrome door moldings wrapped in black matte Viewing the current 2009 market I have no doubt that considering the mileage, performance package, and service history, this is the finest 2009 available. No lien, title in hand.
Message me at : jakegirouard33u@gmail.com