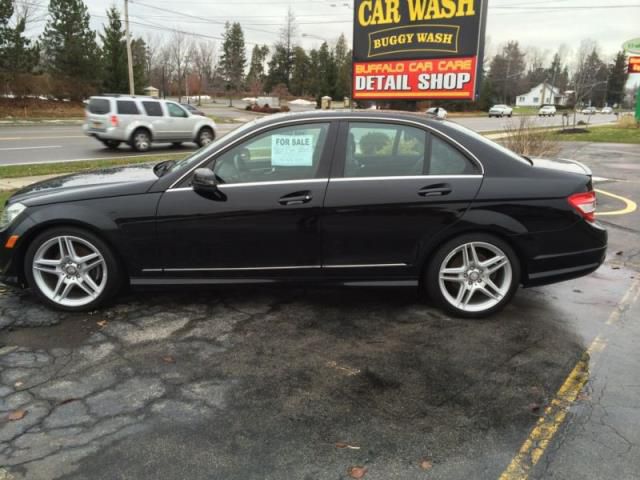 Honestly, this car is near perfect. Newer tires, brakes, all maintenance is up to date from Mercedes. My fiance babies this car and before we owned it a VP of Mercedes drove it so this car has been pampered. It has every option except GPS. *4matic (AWD) *Sport suspension *Dual Zone Climate Control *Heated Seats *4-Way Lumbar Support *Leather steering wheel *Sun Roof *Auto dimming mirrors *Rain Sensors *AM/FM Stereo *Ipod Integrator *AUX port *Xm Radio *Bluetooth *Power Seats *AMG wheels and trim package