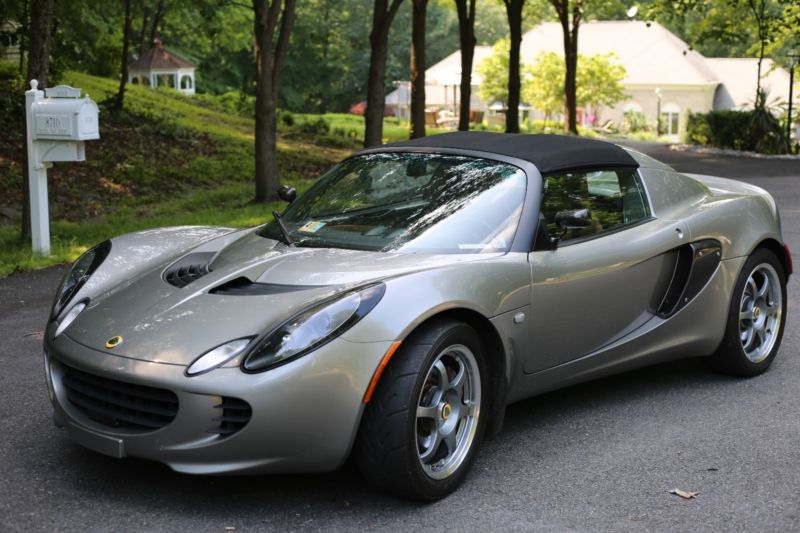 For more details email me at: savannaskkalfa@highsociety.org .

It will come with the soft top AND the color matched hardtop as well as 3 keys and 2 key fobs. The inside of the hardtop was recovered in suede.
The wire you see in the cubby below the starter button took me forever to figure out what it was. There is actually a small button on the top of that cubby. You can push that instead of having to push the keyfob security button.
List of add-ons:
-K40 laser and radar detector/jammer
-SSR light weight wheels with front 195/50/16 and rear 225/45/17 tires
-Sector111 side carbon scoops
-Sector111 carbon side view mirrors
-Vishnu "piggyback" ECU
-Sector111 Lid Bone
-Oil temp and Boost gauges
-B&M short shifter
-Sector111 weighted Bollock shift ball
-Back-Up Camera
-Yellow Bilstein shocks
-Max-Flow muffler with cat delete
-Remote trunk release
-Exedy clutch
-Hawk Brake pads
-Upgrades baffled oil pan
-Optima Battery

Lotus offers Exige S Roadster for sale, but not in North America

The first thing you need to know is that this is the Lotus Exige S Roadster, unchanged from the Exige S even in price and officially the fastest convertible Lotus has ever made. The second thing you need to know is that if you live in the US, you won't be getting this car.
Now that that's out of the way, the lack of a roof, rear wing and front splitter help make it 22 pounds lighter than the coupe, coming in a 2,565 pounds, and the supercharged 3.5-liter V6 in this topless blossom discharges 345 horsepower and 295 pound-feet of torque. For historical comparison with a non-convertible, those numbers nearly match the 2004 Lotus Esprit V8 Final Run edition - which had twin Garrett turbochargers. Yet the Exige S gets from a stoplight to 60 miles per hour in 3.8 seconds, nearly a full second quicker than that Esprit. Fair play, though, the Esprit did weigh 3,040 pounds.
It will be fitted with a six-speed manual only, and cost 52,900 pounds ($79,667 US), 55,378 euros ($71,404 US) or 8,500,000 yen ($82,078 US), depending on where you live. Here in the US we'll be sticking with the track-only Exige V6 Cup and Cup R models. The press release below offers more on the fine points.