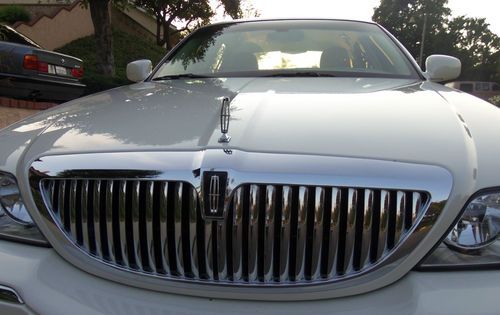 Condition: Used: A vehicle is considered used if it has been registered and issued a title. Used vehicles have had at least one previous owner. The condition of the exterior, interior and engine can vary depending on the vehicle's history. See the seller's listing for full details and description of any imperfections. ...
I am selling this elegant
Low Mileage Luxury Motorcar
for my Father In-law since
He is no longer driving  !
It has always  been garaged and is in
Superb Condition !
With only 49312 Miles on the Speedometer
There are Many Happy Driving miles
left for the New Owner !
Bid with Confidence !
Thank's for looking at my Auction !
Good luck !
On Jul-03-13 at 18:21:56 PDT, seller added the following information:
I forgot to mention !
The car also has key-less Entry !