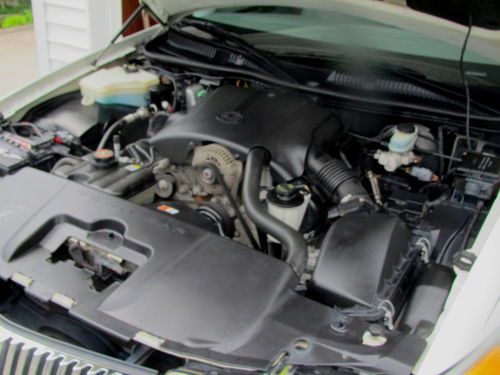 Condition: UsedA vehicle is considered used if it has been registered and issued a title. Used vehicles have had at least one previous owner. The condition of the exterior, interior and engine can vary depending on the vehicle's history. See the seller's listing for full details and description of any imperfections.Seller Notes:"Tiny leak on the passenger side valve cover."
Are you in search of a good looking and running car. One of the cleanest you will ever find around here. Newer Tires & Brakes.
Oil changed every 3000 mi without a miss. 95 %  highway miles. Mileage is 109375 +. Wife drives it about 100 miles
per day to and from work on the freeway. Just got another one.. City 18 Highway 25 MPG 4.6 engine 225 H.P.
These engines can go 300,000 mi. or more, same as the Limousines. Has a tiny leak on the passenger side valve cover.
That's it.  $5595.00  or less will make you the new owner. This is the top of the line Town Car w/ a STICKER PRICE OF $ 44,000.00
Dealers are asking $7000.00 or more when you can find them. If you can find them in this shape.
eBay has a 1999 going for 5888.00 2001 for 6892.00 & bids of 7200.00 on a 2001 which did not meet reserve.
Make this yours for $ 5595.00 or less. This is your chance to own & drive your own beautiful luxury car.
They don't come much cleaner than this one !! None Smoker Car ! Your Bid to make this Your car starts at just $ 4895.00.
It just doesn't get much better than that !
Also being sold locally and we reserve the right to end this auction without bids if sold locally.