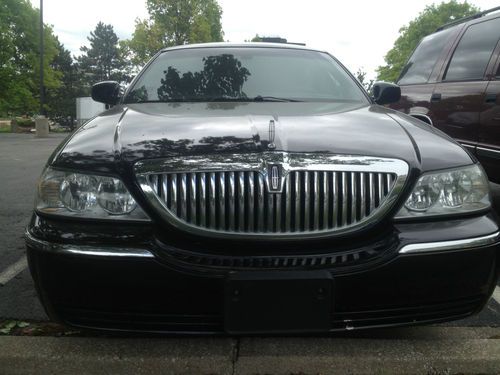 Condition: UsedA vehicle is considered used if it has been registered and issued a title. Used vehicles have had at least one previous owner. The condition of the exterior, interior and engine can vary depending on the vehicle's history. See the seller's listing for full details and description of any imperfections.Seller Notes:"This loaded 2003 Lincoln Town Car! This car runs and drives great! It's loaded with options including Leather, Power Seats, CD, Climate Control and Power Everything! The AutoCheck History Report shows 0 accidents! It's priced to sell ASAP so call 816-536-9550"

Check out this loaded 2003 Lincoln Town Car!  This car runs and drives great!  It's loaded with options including Leather, Power Seats, Parking Sensors, CD, Climate Control and Power Everything!  The AutoCheck History Report shows 0 accidents!  It's priced to sell ASAP so call 816-536-9550