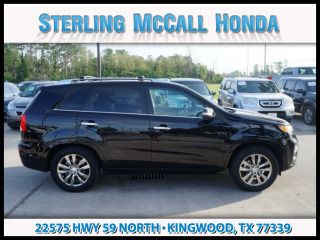 Despite all the focus on the 2014 Los Angeles Auto Show, there's another increasingly important event happening on the other side of the planet. The Guangzho Motor Show is yet another expression of China's growing automotive might. Not only does the show boast a concurrent introduction with the LA Auto Show, in the form of the Mercedes-Maybach S600, but it has at least one exclusive item, with the Kia KX3 Concept.
Looking like a Soul mixed with a Sportage, the KX3 heralds the arrival of a production model based on the Hyundai ix35, known here in the US as the Hyundai Tucson. Whether that model will make Stateside, though, is another story.
If it does, World Car Fans claims it will be with either a 2.0-liter four-cylinder or a 1.6-liter turbocharged four, both of which should be familiar to Hyundai/Kia shoppers. While WCF says there will be a manual-transmission option, we shouldn't count on any gearbox beyond a dual-clutch automatic.

Kia hires Morpheus from The Matrix for Super Bowl ad

News of the Kia brand's inclusion in this year's onslaught of Super Bowl ads got out in December of last year, but other than the fact that the coming K900 flagship would carry the day, we knew nothing about the spot. Now AdWeek has revealed that it is Morpheus - he of The Matrix and guru for The One - who will guide us into a previously inconceivable reality in which Kia is a luxury car maker.
What we'll get is a 60-second spot produced by David&Goliath agency, following Morpheus (played by the man who made him famous, Laurence Fishburne) as he does the thing he does best: presenting a choice to a couple at a valet stand, allowing them to choose a red key or a blue key and, Kia would certainly want us to believe by the end of an "unforgettable ride," the truth.
It's Kia's fifth straight trip to the Super Bowl so it knows what to expect, but the task Morpheus has this time - to free your mind concerning the K900 - could be a task just as large as defeating all the agents and sentinels seeking Zion.