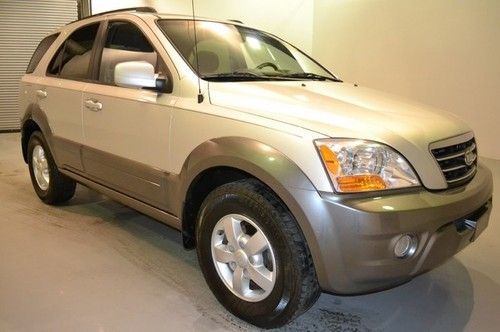 2014 Cadenza is Kia's take on the Hyundai Azera

No, this is not the oh-so pleasantly named Quoris rear-wheel-drive flagship sedan - this is Kia's new front-drive entry into the North American market, the Cadenza. (If that sounds familiar, it's because Kia has long used the Cadenza name in other markets.) And while it's a sharp-looking thing, it's not exactly an original masterpiece. Peel away that slick exterior and you'll find a trusty Hyundai Azera doing the grunt work.
That's no bad thing, though; the Azera's a smooth-sailing sedan. Under the hood is a 3.3-liter direct-injection V6 putting out 293 horsepower and 255 pound-feet of torque, mated to a six-speed automatic transmission with, oh yes, Sportmatic manual mode. That power hits the ground via a sport-tuned suspension with MacPherson struts up front and a multi-link rear configuration, matched with either 18- or 19-inch alloy wheels.
Inside, there's a whole host of nice leather surrounded by wood and chrome accents, with a driver-focused cockpit (sort of like the Optima) with a seven-inch TFT color touchscreen display. Premium options include things like Nappa leather seats, a panoramic sunroof, Kia's UVO infotainment system, HID headlamps with active lighting, heated seats and a heated steering wheel. Sounds comfy.