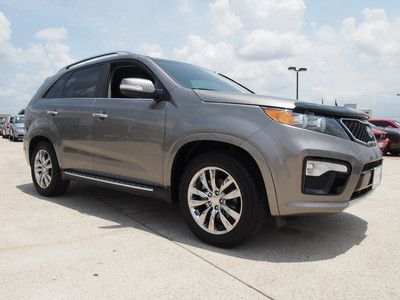 Kia has been releasing a lot of new models lately, showcasing improvements in both design and luxury, but a pair of introductions at the 2013 Geneva Motor Show could bring the automaker into the performance mindset. The five-door Kia Cee'd and three-door Pro_cee'd will be getting new GT trim levels that bring a little more horsepower and sportier styling to the compact hatchbacks.
For added power, the 1.6-liter direct-injected inline-four packs a new turbocharger that bumps engine output to 201 horsepower and 195 pound-feet of torque (an increase of 68 hp and 74 lb-ft), which is good enough to quicken the cars' 0-60 times to under eight seconds flat. Unfortunately, it doesn't appear that there are any suspension upgrades, but the cars do get a dual exhaust system and 18-inch alloy wheels. Red brake calipers and a unique front fascia finish off the exterior styling, while Recaro buckets and a "GT" embroidered steering wheel can be found inside.
Both the Cee'd GT and Pro_cee'd GT will be on sale by the end of this year, and although we don't expect to see these cars in the US, adding a GT model to the Rio or Forte doesn't seem like it wouldn't be that hard.