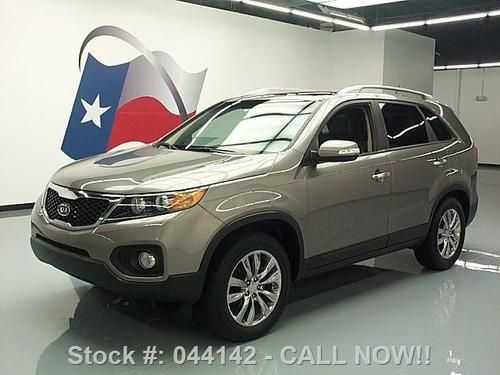 These four photos tell us most about the pomegranate-red concept Kia will be bringing to this year's 2013 Geneva Motor Show. An accompanying 66-word press release gives away nothing, so we're left to wonder if this is some kind of Nissan Juke rival that the South Korean company is toying with.
Even with the exaggerated dimensions of concept cars, this unnamed "urban concept car" looks somewhat larger than the average subcompact hatch, and there are some seriously Juke-ish lines around the rear three-quarter. This concept, however, appears to be a two-door model, unlike the Juke with its hidden rear handles, but that doesn't mean a production model couldn't add a couple of entry points.
We'll know for sure in March. You'll have to make the four high-res photos and those 66 words in the release below last until then.

Kia Sorento is the official ride of the Justice League

Toyota showed us a Spongebob Squarepants-themed Toyota Highlander last week. Kia has now revealed a Justice League themed Sorento. Can we just have normal, competent crossovers without all the animation frosting, please?
To be fair, this Sorento is for a good cause. It will be part of a charity auction on eBay, benefitting DC Entertainment's We Can Be Heroes campaign, which raises money for the famine-ridden Horn of Africa, a region that's facing its worst food crisis in six decades. DCE's President, Diane Nelson, claims DC has managed to raise over $285,000 through crowd-funding campaigns and unique opportunities for its fans. The Justice League Sorento is just the latest such fund-raising opportunity, with the automaker having already commissioned a number of similar themed vehicles for individual members of the Justice League.
The seven-passenger Sorento was designed by Jim Lee and created by West Coast Customs. It sports graphics that, relative to the Spongebob Highlander, are downright subtle. Batman, Green Lantern and Wonder Woman are depicted on the driver's side, while Superman, the Flash, Aquaman and Cyborg are on the passenger side. The Justice League logo is emblazoned on the Sorento's hood.

At the Geneva Motor Show earlier this year, Kia showcased a new diesel hybrid powertrain. And at the rapidly approaching Paris Motor Show, it will present that new technology in the Optima sedan concept you see here.
Called the Kia Optima T-Hybrid, the concept mates a 1.7-liter diesel with both a turbocharger and electric supercharger to a small electric motor and a 48-volt lead-carbon battery. The mild hybrid setup allows it to travel in electric-only model at low speeds and at cruise, regenerating brake power to recharge the battery. Kia said it chose the lead-carbon battery pack over lithium-ion because it's easier to recycle and does not require active cooling.
Because the powertrain is still under development, Kia isn't saying what kind of fuel economy or emissions figures it gets in the Optima T-Hybrid concept, but it is targeting a "significant reduction" in emissions and fuel consumption, while delivering 15 to 20 percent more power. Check out the system in action in the video below.