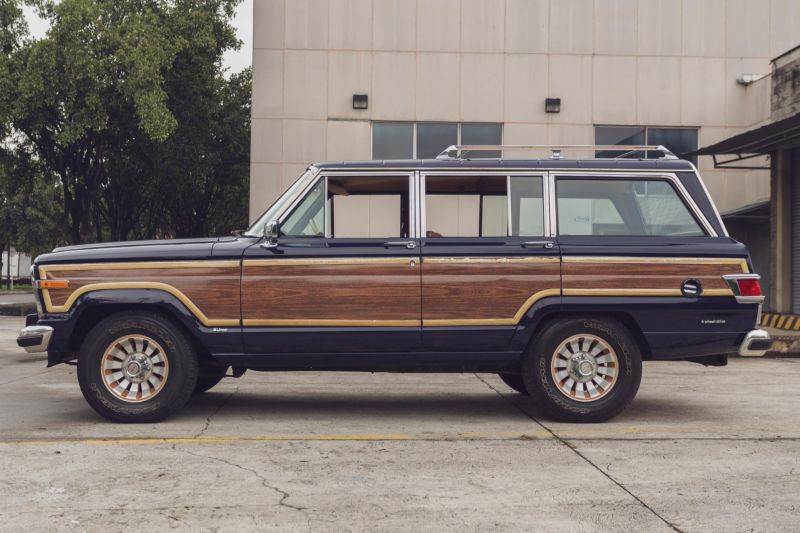 Email me at : Vyniee77@gmx.com.tr This 1983 Jeep Wagoneer Limited is finished in dark blue with faux woodgrain
trim over brown leather and is powered by a carbureted 360ci V8 mated to a
three-speed automatic transmission and a Selec-Trac dual-range transfer case.
Equipment includes a receiver hitch, a roof rack, power-adjustable front seats,
and 15" aluminum wheels. Maintenance performed in 2021 included replacing
the starter, valve cover gaskets, and air conditioning hoses as well as
rebuilding the transfer-case and carburetor.  Now showing 130k miles,