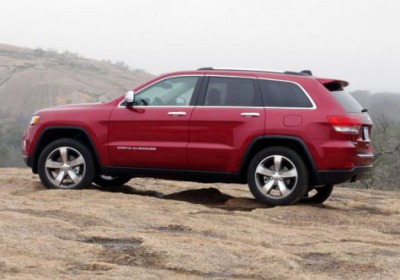 Is It An Off-Road Adventure Or Just A Walk In The Park?

I remember having to get out and lock hubs and shift into neutral to engage low range.

Coming off press previews of the 2013 Land Rover Range Rover and the 2014 Jeep Grand Cherokee that involved some heavy-duty off-road rock climbing, I'm simply amazed at the capabilities that these vehicles possess. But even more impressive (or troubling depending on your perspective) is the relative ease with which you can operate these vehicles in seemingly impossible terrain.

Not that I'm a hardcore off-roader, but I've been in my share of 4x4's over the years and remember having to get out and lock hubs, shift into neutral to engage low range and learning that the accelerator and brake pedals can be your best friends or worst enemies in either moving along or getting hopelessly stuck.

Thanks to the wonders of electronics, advanced transfer cases and electric limited slip differentials, instead of manipulating levers or locking hubs, one merely has to punch a button or turn a knob to engage the right strategy to deal with whatever conditions encountered on the trail.

The 2014 Grand Cherokee is the off-road equivalent of smart cruise control for road cars.

In January, I had the opportunity to take the Range Rover through an off-road vehicle park in southern Utah to try out the revamped vehicle's hill descent system. No matter how steep the grade, once the system is engaged it's feet off the pedals. You merely steer and let the vehicle manage the gas and braking. It smartly avoids wheel lockup, which is the last thing you need when crawling downhill. Also, it didn't hurt that Land Rover brought along some great trail guides who took the guesswork out of where to point the vehicle.

Not to be outdone, Jeep has equipped its redesigned 2014 Grand Cherokee with an automatic hill descent and ascent mode. It's the off-road equivalent of smart cruise control for road cars. With this mode engaged, you use the paddle shifts to select your speed (in kilometers per hour) up to 8 kph. The vehicle modulates the throttle and automatically drives up and down hills at the preset speed. Again, Jeep had some great trail guides pointing the right way to place the wheels on our off-road excursion outside of Austin, TX. Thanks to the use of a programmable screen in the center of the dash, you could watch the steering direction of the wheels on one screen or toggle to a different view to see the angle of the axles, including whether or not a particular wheel was on the ground or not.

They are a far cry from the utilitarian nature of the original Jeeps and Land Rovers.

The hill descent/ascent mode, along with the other settings for mud, snow, sand and rocks, operate seamlessly. In this regard, like stability control in road cars, these systems offer a tremendous safety net in difficult off-road situations. The ability for the electronics to assess grip levels, do the right math and deliver the right amount – or in some cases, all the torque – to one wheel, simply boggles the mind.

And to the casual off-roader, it's simply amazing the severity of the terrain you can traverse in these large, five-passenger vehicles that also serve as luxury on-road rides. It's a far cry from the utilitarian nature of the original Jeeps and Land Rovers.

Yet, there is something about the experience that I find a bit unsettling that goes back to my earlier encounters with SUVs, when you had to lock the hubs, and engage low and use the brake and the gas pedals and worry about the vehicle sliding sideways down a hill and off a cliff. I think there is a sense of accomplishment in mastering a machine rather than letting that machine do all the work for you. There is a huge difference in being in total control of the vehicle or just merely being along for the ride.

I guess I'd rather just do it myself.

Granted, the technology opens up off-roading to a larger audience that otherwise wouldn't dare to take their vehicles off unpaved two-tracks. Still, there is something missing when your interaction is limited to pushing buttons or pulling paddles. It is somewhat like the difference between going on a ride in an amusement park, which can be thrilling in its own way, and actually doing something where you're in control, which really is about a genuine sense of accomplishment. In this world where autonomous control or automatic control of vehicles is becoming more commonplace, I guess I'd rather just do it myself.