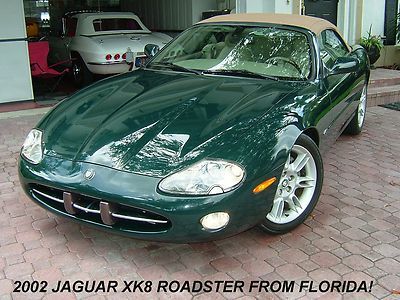 Back in January, we reported on a new British coachbuilder called David Brown Automotive. In February, the startup released the first details and images of its inaugural project, and now it has revealed the finished product.
It's called Speedback, and it's based on the Jaguar XKR. But while it's built on a modern chassis (relatively, anyway - the XK arrived in 2006 and is soon to be discontinued), it's been rebodied to look like a classic British GT. That means that, while it may look like a classic Aston Martin, it's got a thoroughly modern 5.0-liter supercharged V8 under the hood with over 500 horsepower on tap.
Otherwise, little in the way of details have been disclosed - including what you can bet will be an astronomic price that tends to come with these sorts of coachbuilt customs. But the important parts are what you can see, and that means the finest British craftsmanship inside and out. Whether you like the particular style or not, of course, is entirely a matter of taste.