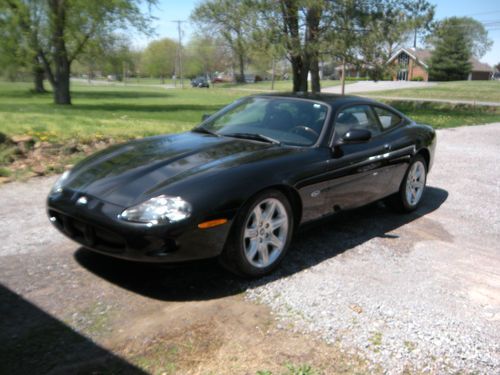 Condition: Used: A vehicle is considered used if it has been registered and issued a title. Used vehicles have had at least one previous owner. The condition of the exterior, interior and engine can vary depending on the vehicle's history. See the seller's listing for full details and description of any imperfections. ...
2000 Jaguar XK8
4.0 V8, Automatic, 66,000 miles, heated leather seats, power windows, locks, mirrors and seats, 18 in wheels, 6 disc cd changer, automatic climate control, polished mesh grille inserts, new tires, metal generation 4 timing chain tensioner upgrade just done.
This car is 13 years old and has normal wear for a vehicle of this age.  There is a scratch on the rear drivers side quarter panel and several rock chips on front fascia.
I will try to get pictures of these blemishes and also of the interior in the next couple days.