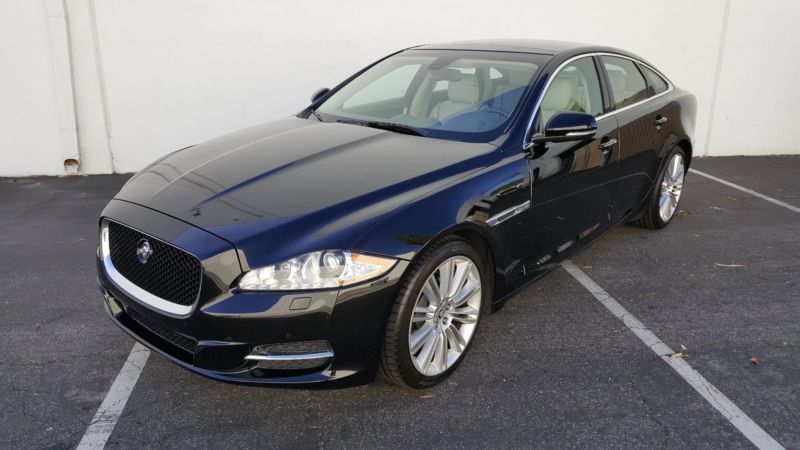 Jaguar XJ V8 Standard Wheel Base
Stunning Black Beauty. 5.0 liter naturally aspirated V8 Jaguar standard wheelbase sedan. Metallic Ultimate Black
with Oyster/Ivory/Oyster interior. This car was owned and operated by Jaguar Land Rover North America corporate
from new to 61,425 miles. I purchased this car from Hornburg Jaguar in Hollywood as a used car in February 2014
and per Carfax, I am the first registered private owner. This car is in virtual new condition and is immaculate
inside and out. Very well cared for example and this XJ needs nothing more than a new home. Everything is in
working order and was factory maintained during its entire life. Everything that could break or go wrong has, and
was serviced by Jaguar Land Rover corporate during their ownership. While in my ownership, this car has been
serviced exclusively by authorized Jaguar dealer Galpin Jaguar.
$27,499
2010 Jaguar XJ 5.0 V8 Standard Wheel Base
78,500 miles
6-speed Automatic Transmission
Metallic Ultimate Black Exterior
Oyster and Ivory interior
Factory Options include:
20-inch Kasuga Wheels
Visibility Package
Intelligent High Beam
Figured Ebony Veneer interior
Active Driver and Passenger seat belts
Adaptive Cruise Control
Bowers & Wilkins 1200W premium sound system
Drivers Assistance Package
R style black front grill and lower valance insert
R style rear decklid spoiler
Recent Service Receipts Include:
4 new Continental ContiSport DW tires
New tire pressure monitoring sensors
New brake pads, brake sensors and disc brake rotors all around
Overall inspection and clean bill of health report from Galpin Jaguar
Please email me detailed questions and I will respond with detailed answers. Car is priced aggressively for quick
sale. Clean title and Carfax. All original keys, manuals, window sticker and service receipts included. You will
not find a cleaner and better maintained XJ at this price. California registration paid through February 2017.
Thank you for looking.