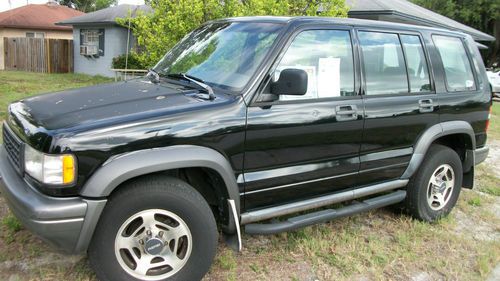 This Trooper will make a dependable primary vehicle or a 2nd toy for the outdoor enthuisiest. Yes, it have the usual dings and scretches for a 96 vehicle as can be seen in the photos. The interior is gray leather and does show signs of wear and the carpet could use a good cleaning. The transmission has just been replaced, new oil and filter, new air filter, new spark plugs, With only 132,700 miles on a 96 is very low for the years and the vehicle runs strong. The A/C  is not currently blowing and the two rear windows aren't working.  These Troopers was legendary in performance and built like a tank, there is still years of life left in this SUV and some one will get a lot of vehicle for the money. I have priced this Trooper well below book value to allow for the minor issues, so bid with confidence.