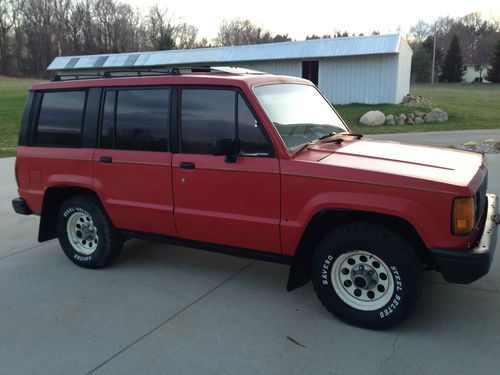 For sale I have my Very RARE- 4 Door- 1986 Isuzu Trooper Turbo Diesel 4x4 Truck. 5-Speed Manual Transmission. Originally from Lubbock, Texas. Never seen winter. I have kept it stored in my garage since I bought it three years ago. Truck does run, but the turbo is currently out of it. (this is how I bought it -see picture) I drove it on my trailer this way.
Options included power brakes and power steering. No A/C.

Body- Clean and Straight. Only a couple small rust spots on the passenger side one of the rocker panel and one above the rear wheel, also has a small rust spot on the hood. It does have a pop-up sunroof which is handy and a factory roof rack. Glass is nice, all the windows roll up and down as they should. Windshield is the original factory windshield and is not cracked. All the doors open and close as they should. The sheet metal on the bottom of every door is spotless.

Frame- I am familiar with the common places where these frames will rust if not taken care of. This frame is in excellent condition- very clean and straight. Also has a Draw-Tite hitch mounted to the back.

Motor- The C223T is a VERY solid engine. They are known to run for a long time. Currently the turbo for this motor needs to be repaired. As I have said before the motor does run. I can fire it up if anyone is interested. It does have a block heater which is very rarely needed. I drove it on my trailer this way. The transmission is also solid it goes through the gears smoothly.

4WD- Works great & shifts in and out of 4x4 nice. These trucks have automatic locking hubs just like a Chevy truck.

Stereo- Will need attention. I would personally take the old cassette player out of it and put a CD player in. Also there is room for 6 X 9 speakers in the back.

Title- I have a clear MI title, with no liens.

Buyer must make shipping arrangements if you are not local.