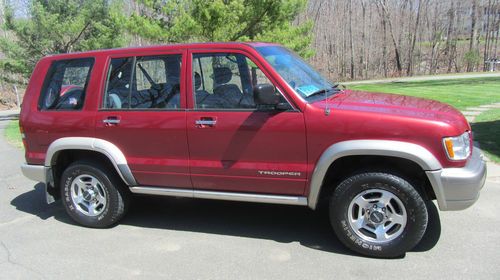 Thank you for you interest, this has been my daily driver for the last 2 years my Isuzu Trooper S 4WD 5 speed manual transmission, great vehicle , I am the second owner I have both keys and also all manuals and even the original window sticker from original owner. This vehicle has been treated right since day one and still runs super strong. It brakes my heart to part ways with my Trooper but I must sell it since now I have a company car. The tires are in good condition and the car has 235k miles and is in good cosmetic condition , mechanically the car is in excellent shape tires are still good and brakes are good , the clutch works great and the 4 wheel drive works perfect. who ever gets this car is gonna love it.