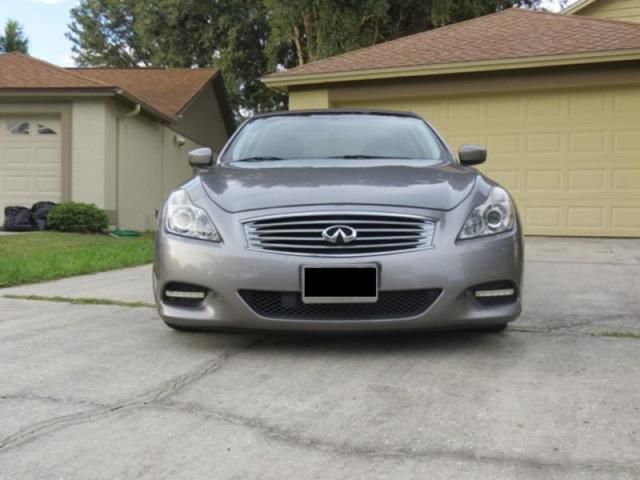 I'm selling my 2008 Infiniti G37S because it's time for a truck. This car has treated me great and is a blast to drive. The previous owner installed a Tanabe exhaust... it sounds mean but not obnoxious. The vehicle is also lowered approximately 1". The OEM lighting has been replaced with an LED system. This vehicle has been regularly maintained and babied... adult owned and not raced. Its a great luxury sport coupe with tons of features.

Infiniti released its refreshed Q70 (the car formerly known as "M") in New York this morning. The luxury sedan is brings with it, quite literally, a big change: it's now the only vehicle in its segment to offer both long- and short-wheelbase options here in the US (other automakers do this in China). Currently, the two-wheelbase sedan strategy is exclusive to the ranks of fullsize players like the BMW 7 Series, Audi A8, etc.
Infiniti has elongated the standard Q70's wheelbase from 114.2 inches to 120.1 inches, in doing so lengthening the car 7.3 inches overall. For the sake of comparison, a standard wheelbase Audi A8 runs 117.8 inches, so the Q70 is no slouch. The extension mostly benefits rear-seat occupants, who are treated to an extra 5.6 inches of legroom. We think the enlargement improves the car's aesthetic, as well.
In addition to the long-wheelbase option, there are a few other tweaks in store for 2015. New head and taillights are the biggest changes, with full LEDs in the back and LED accents in front. Aspects currently seen on the smaller Q50 are evident, as well, such as the "double-arch" grille that comes with mesh-finish inserts. The fascia also includes a new front bumper with integrated foglights. Interior changes seem to be fairly minimal, but that's not necessarily a bad thing. The outgoing Q70 had a spacious (if dated), luxurious cabin with all kinds of high-quality materials.