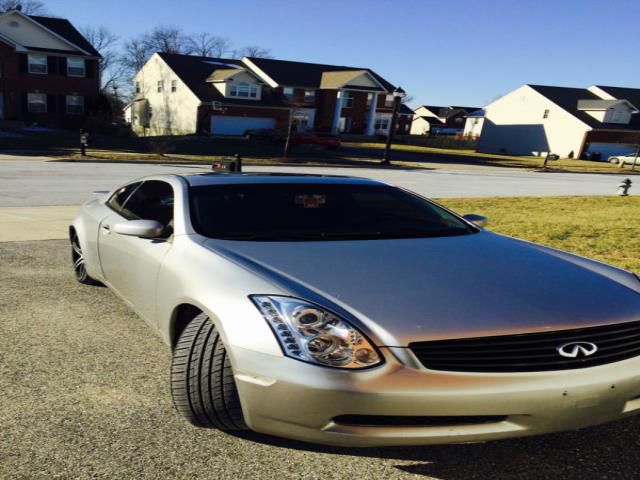 If you want to stand out from the crowd then look no further. This custom infiniti G35 would have everyone staring at you wherever you go. it comes with heated seats alarm, HID's LED's bose 6 CD changer, 20' axis elite wheels with new falken all season tires, fresh oil change and only premium gas was used. i replaced the engine with an 80k miles one, current odometer has 120k.