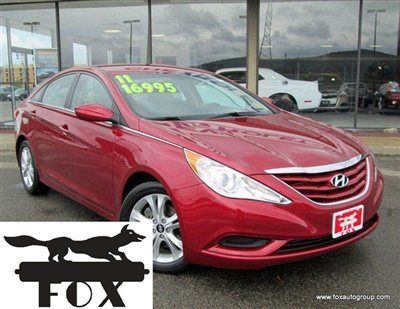 Hyundai Intrado is more than just another fuel cell concept

Hyundai says the Intrado is "relevant to consumers" and is "far more than a styling exercise."
Just because it's packing a futuristic powertrain doesn't mean that the new Hyundai Intrado concept isn't a preview of a crossover we'll be seeing on the road in the near future. After all, the hydrogen CUV unveiled today at the 2014 Geneva Motor Show is from Hyundai, which is just about to launch the hydrogen-powered Tuscon fuel cell in the US later this spring. The accompanying press release even says the concept is "relevant to consumers." If that's not a hint, we don't know what is.

It's barely arrived in dealerships, and already, Hyundai is recalling its 2015 Sonata. A total of 2,138 vehicles are facing issues with a wiring harness that could limit the amount of power steering help and in some cases, making it difficult to shift out of Park. Most of the cars are not yet in customer hands.
This is a followup action to a very quiet stop-sale that was issued to dealers in early June, which originally included a recall of 1,790 vehicles across the continental US and 58 vehicles in Puerto Rico. That figure eventually grew to a total of 2,080 vehicles in the US and 58 in the Caribbean territory.
Only the 2.4-liter, naturally aspirated model is affected, and of the 2,100-plus sedans, only 12 of them are in the hands of customers, according Hyundai spokesman Jim Trainor. Each customer has been notified and asked to report in for free repairs. As of this writing, there are no reports of injuries or crashes due to the issue.