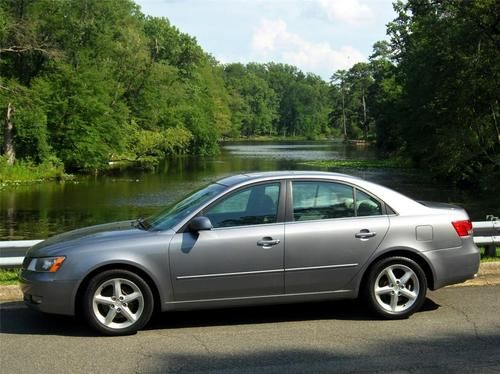 Hyundai is recalling 5,200 units of its Azera sedan over a possible airbag sensor malfunction. The occupant detection system in models built between May 22, 2012 and November 23, 2012 might not be able to tell what kind of passenger (adult, child, or child seat) is in the front seat, which could cause improper deployment of the airbag.
Azeras from the 2012 and 2013 model year are affected. Hyundai hasn't yet said when owners will be notified, but once that happens, they'll be able to take their sedans to dealers to have the system recalibrated free of charge. There's a bulletin from the National Highway Traffic Safety Administration below with more information.

General Motors is the undisputed king of recalls for 2014. No one is going to contest this point. The American company is far from the only one with vehicles that need fixing, though, as Hyundai has announced another recall totaling 419,000 vehicles in three separate campaigns.
The majority of the vehicles affected come from the Santa Fe family, where 225,000 of the model year 2001 to 2006 CUVs will need their front springs replaced. It seems that the early Santa Fe's coils can rust and crack when subjected to frosty temperatures and the road salt that so often accompanies them. Should they fracture, it's possible that a crash would be the end result.
As this is an issue linked to road salt, only Santa Fes sold in 20 states - from Maine to Iowa and Wisconsin to West Virginia - are affected. Vehicles sold in Washington, D.C. are also covered in the recall.