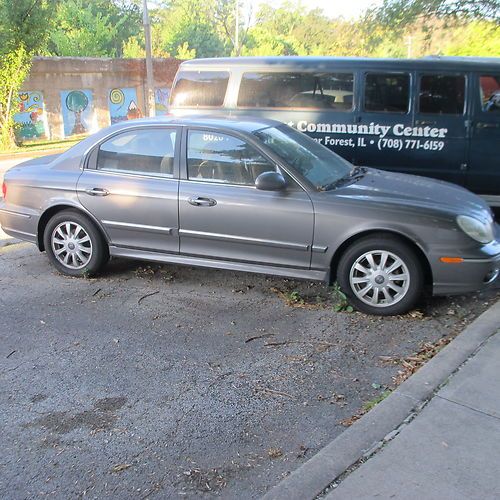 2004 Hyundai Sonata GLS.  Vehicle seized pursuant to a police investigation and is being sold as-is, no warranty.  Vehicle starts and runs well, and the interior is in good condition.

There are many things we love here at Autoblog, but one of the quirkiest is the mid-engined hot hatch, whether it's the Renaultsport Clio V6 or the Volkswagen GTI W12-650 concept. Unfortunately, we can never seem to get our hands on one - the former never having made the transatlantic journey and the latter remained strictly a concept. And now we've got one more to salivate over.
It's called, simply enough, the Veloster Midship concept, and Hyundai is unveiling it this week at the Busan Motor Show in South Korea. As you might have guessed, it's essentially a Veloster with the engine - a 2.0-liter Theta turbo four producing 296 horsepower - mounted behind the two seats. It's also got a lightweight aluminum suspension, a reinforced chassis and extreme aero to help that mid-mounted turbo engine do its thing.
The project was undertaken by the same team that developed the initial i20 WRC rally car, but unfortunately as Hyundai itself says in the press release below (released with the solitary image above), "The Midship is a concept only to explore possibilities for the Veloster chassis and is currently not related to any future production model." Which is a bit of a shame, but hardly a surprise.