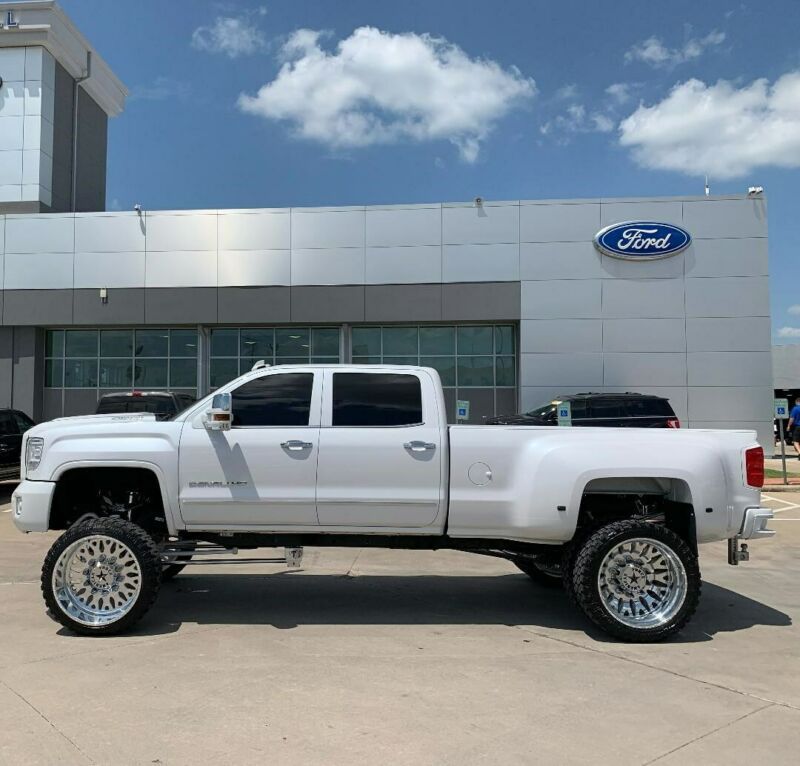 2019 GMC 3500 Denali HD. I purchased this truck and drove it straight to a very high end professional off road shop and had it fully built. This truck features an adjustable 7-9" inch FTS suspension lift kit with fox 2.0 shocks and upgraded boxed upper control arms. Also I had every part of the lift
and suspension true chrome plated and powder coated pearl white to match the color of the truck. The wheels and
tires are 26x14 American forces that have also been powder coated on the inside lips and rivets of the wheels.
26x8.25 in the rear. The tires are 37x13.50r26 Fury MT. I also had the entire truck color matched, Front and rear
bumpers, Mirrors, Fender flares, Bed rail caps, Tail lights, Rear bumper caps, Front grille, Hood vent. The
headlights have also been built and painted to match.