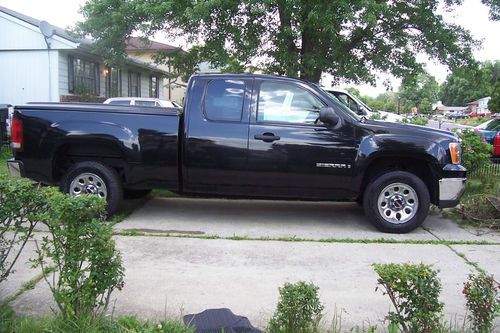 There is one small ding  driver' s rear quarter panel..., ding in middle driver' side; ,small dent top of tailgate;bed have Line-X protective coating; locking cover. None smokers 'owners The truck was purchased new from Haydocy Automotive in 2009 by husband. Climbing into and out of truck is hard for Larry, transfer truck to wife who does not want a Truck. Payment: listed above...Please no scammer! I am tied of the games...We will deliver the truck if not too far or it can be picked  up at common area  in Columbus, Ohio. If we  deliver the truck we will not come to a private resident...police station would be good... or mechanic shop, no unknown place Please: we have no objection to any mechanic examining the truck...Very good buy.