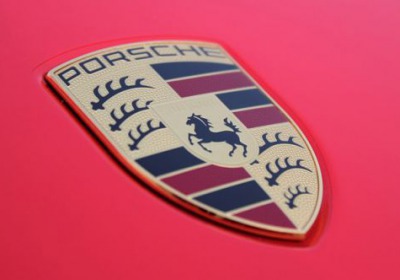 J.D. Power and Associates has released its annual Initial Quality Study, and this year, Porsche and General Motors took the spotlight. The study, which asks new car owners to report problems experienced during the first 90 days of ownership, found that overall, the industry averages 113 problems per 100 vehicles.

Interestingly enough, the report found that around two-thirds of most owner problems experienced in the first 90 days are attributable to vehicle design instead of mechanical failure. Specifically – echoing a refrain we've been hearing for the last few years – owners are having a hard time figuring out how to use the technology present in their new vehicles. Head over to the J.D. Power site for more information, or scroll down below for the company's related press release.

WESTLAKE VILLAGE, Calif.: 19 June 2013 - The majority of problems owners experience with their new vehicle in the first 90 days of ownership are design-related rather than manufacturing defects. These design problems are far less likely to be successfully resolved at the dealership than are defects, according to the J.D. Power 2013 U.S. Initial Quality StudySM (IQS) released today at an Automotive Press Association luncheon at the Detroit Athletic Club.

The J.D. Power Initial Quality Study, which serves as the industry benchmark for new-vehicle quality, has been redesigned for 2013. The study has been enhanced to better measure the quality of today's vehicles, particularly problems related to new technologies and features now being offered. In addition, the study, now in its 27th year, allows for more detailed feedback from new-vehicle owners.

Nearly two-thirds of the problems experienced in the first 90 days of ownership are related to the vehicle's design, as opposed to components that malfunction. For example, the component may be working as designed, but owners deem it a problem because it may be difficult to understand or operate.

"Automakers are investing billions of dollars into designing and building vehicles and adding technologies that consumers desire and demand, but the risk is that the vehicle design, or the technology within the vehicle, in some cases may not meet customer needs," said David Sargent, vice president of global automotive at J.D. Power. "Keep in mind that automakers are trying to design vehicles that appeal to a broad array of consumers, and what works for the majority may not work for all. The successful companies will be those automakers that find a way to give customers the technology they want while at the same time making it sufficiently intuitive so all customers find it easy to use."

Overall initial quality for the industry averages 113 problems per 100 vehicles (PP100).1 The study finds that many of the problems owners have with their vehicle relate to the driver interface, which includes voice recognition or hands-free technology, Bluetooth pairing for mobile phones, and the navigation system, among others.

According to Sargent, some of these problems may be mitigated at the time of purchase by the salesperson explaining how to use the technology, and others may be remedied with software changes. However, features that are difficult for owners to operate, hard to understand, or inconveniently located in the vehicle likely will remain a problem for the life of the vehicle.

"Owners desire, and in some cases are demanding, more content in their new vehicles, especially technology-related features, and automakers are trying to provide it," said Sargent. "The majority of owners don't experience problems, but those who do are frustrated. That's understandable, especially when owners often keep their new vehicle for five years or more. In contrast, when consumers have a problem with their smartphone, they are likely to replace the phone much sooner."

Among the 26 model-level segment awards, Chevrolet receives five, while Honda, Kia, Mazda and Porsche each receive two. Chevrolet models receiving an award are the Avalanche (tie), Camaro (tie), Impala, Silverado HD and Tahoe. Honda receives awards for the Civic and CR-V; Kia for the Soul and Sportage (tie); Mazda for the MAZDA2 and MX-5 Miata; and Porsche for the Boxster and 911.

The Lexus LS ranks highest in the Large Premium Car segment and achieves 59 PP100, the lowest average problem level among all models in the study.

In the Europe and Africa region, Audi AG receives a Gold Plant Assembly Line Quality Award for its Neckarsulm, Germany, plant, which produces the Audi A4, A5, A6, A7 and A8.

The 2013 U.S. Initial Quality Study is based on responses from more than 83,000 purchasers and lessees of new 2013 model-year cars, trucks and multi-activity vehicles surveyed after 90 days of ownership. The study is based on a 233-question battery designed to provide manufacturers with information to facilitate identification of problems and drive product improvement. The study was fielded between February and May 2013.

The study is used by manufacturers worldwide to improve quality and by consumers to help them make more informed purchasing decisions. Throughout the years, initial quality has been shown to be a leading indicator of long-term durability, which directly impacts customer loyalty and purchase decisions.