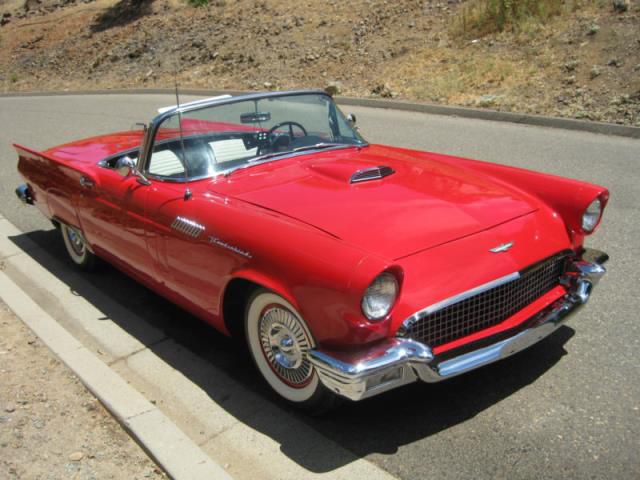 1957 Ford Thunderbird Here Is The Most Iconic Classic Car Of All Time, The 1957 Ford Thunderbird! Painted In The Traditional "life Guard" Color Option With A Brilliant Guards Red Body And The Classic White Top, This Beauty Holds A Spectacular Shine And Gloss. The Paint Has A Few Rock Chips And Minor Blemishes But Still Shows Spectacularly.