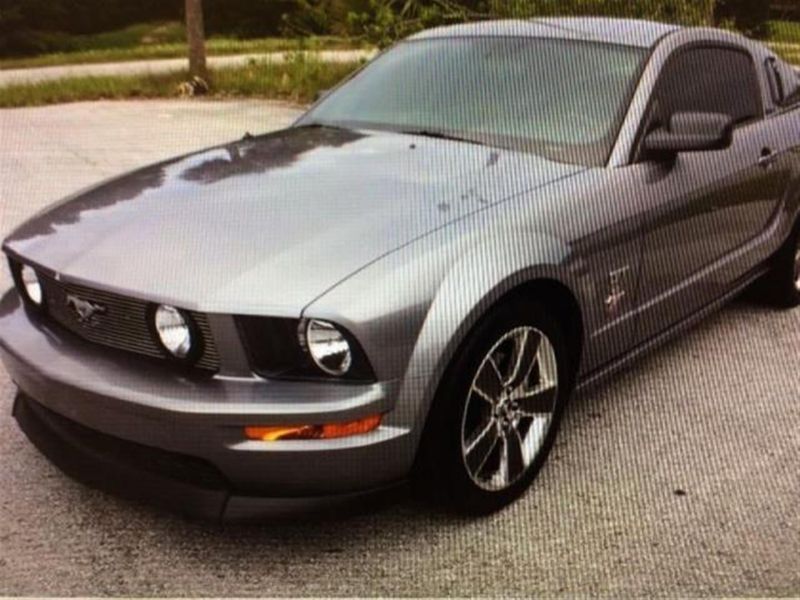 Nice clean 2007 Ford Mustang GT with 4.6L V8 engine mated to 5 speed It's harder to find GTs with a manual tranny. It's a funcar and has tremendous power. I purchased it last year and was my daily driverfor several months. My husband bought me a BMW so I'm selling this. When itarrived last year the Borla exhaust was very noisy since the were deleted. In addition, the engine light was on since the rearoxygen sensors were disconnected. The gas mileage was really bad. We had thestock down pipe with catalytic converters reinstalled and installed new oxygensensors. It still has the Borla midpipe and mufflers. Now, it still has a goodrumble but no engine light and much better gas mileage now. Also, the driverpower seat wasn't working. So instead of changing the motor we found blackleather seats and replaced both front cloth seats. Now the driver power seatworks. However, we accidentally tripped the airbag sensor so it just needs to bereset. The rear leather seats are not included, since they were not yetinstalled. (still has cloth rear seats). If you're interested in the rearleather seats let me know. Also the radio CD player wasn't working and theantenna was broken so we replaced both and both work great now. The driver andpassenger door trim was also sagging which you can see in the photos and iscommon on these cars. So we replaced the door trim with plastic inserts. It wasa bit of work to get the old glue off but it looks good now.
My eMail : williamsbonnieve4@mail-on.us