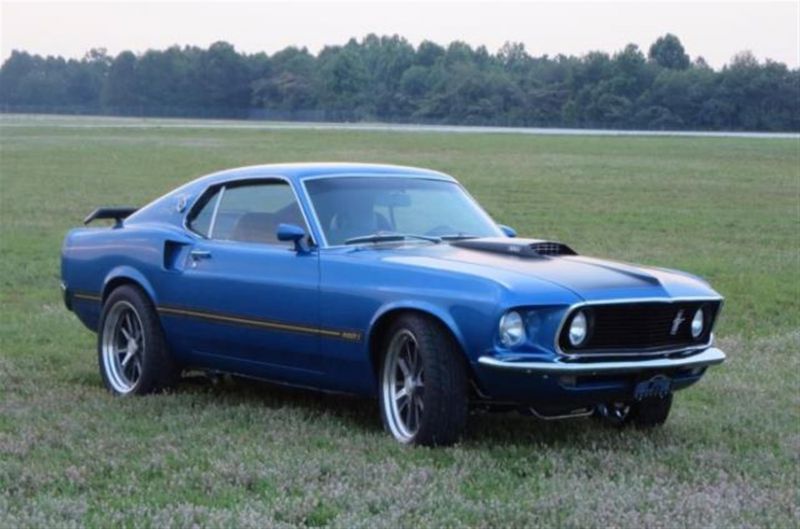 If you have any questions feel free to ask : francoisyflabaron@laposte.net

1969 Mustang, completely restored and upgraded. Many of the original parts are still with the car in case the new owner would like to make it concours. The car was recently featured in Mustang Monthly (June 2016) p.88. The on-line version of the article is here: Mustangs and Fords The intention was to build a classic car that stayed true to its original appearance but that was safer and fun to drive. The thought of track racing was always in the back of our minds but the car came out too perfect for that. The block date code is from 1968 so its original, as are the transmission and rear end. The engine was completely stripped and rebuilt with aluminum heads and intake. The block was hot tanked, bored .030 over and decked, and the bottom end reinforced with a stud girdle. The compression ratio was set at 9.5:1 so the car could run on pump gas. The pistons are aluminum and the cam was set up for a blower.