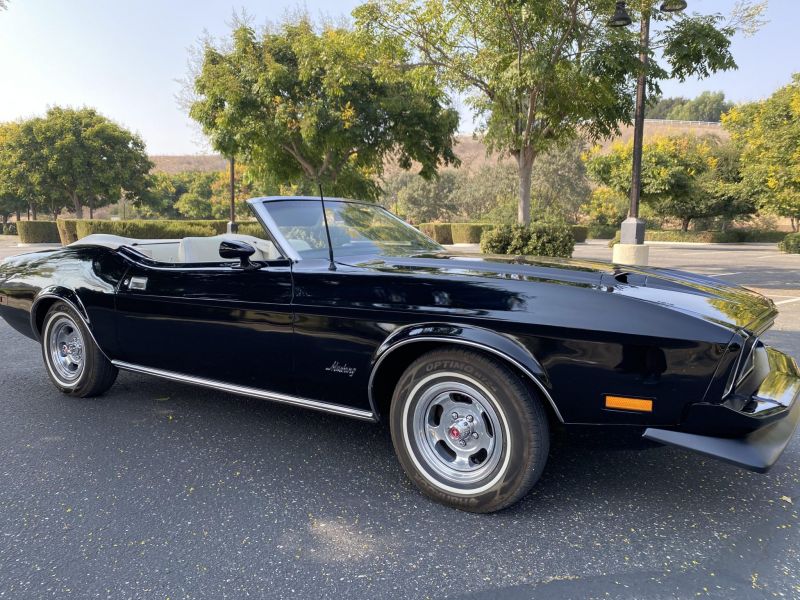 Send me questions at : wellarslmer@gmail.com 1973 Ford Mustang convertible was special-ordered in black and the power comes from a Q-code 351ci V8 backed by a four-speed manual transmission, and the included Elite Marti Report lists the car as one of one ordered with the combination of its powertrain and options such as air conditioning, a white knitted-vinyl interior, forged aluminum wheels, the Instrumentation Group, and a power-operated black soft top with a glass rear window. Additional factory equipment included asteering wheel on a tilting column, power-assisted steering and front disc brakes, and competition suspension.