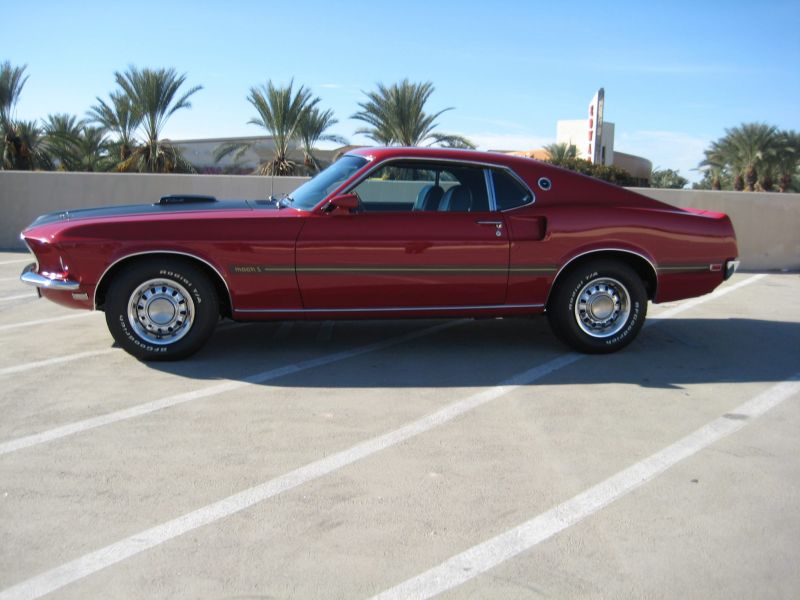 Please contact me only at : Mitch77@gmx.com 1969 Ford Mustang Mach 1 was assembled in November 1968 at Fords San Jose, California plant The car was acquired by my father in a refurbished state. Finished in red over black, the car is powered by a replacement 428ci Cobra Jet V8 paired with a three-speed C6 automatic transmission. Equipment includes a Traction-Lok rear end, a shaker hood, Auto Meter auxiliary gauges, and a Philco push-button AM radio. In 2019 a big service was performed ,to have included flushing the coolant and the fluid, changing the engine oil, recharging the air conditioning, lubricating the chassis, and replacing the alternator, voltage
regulator, and battery.