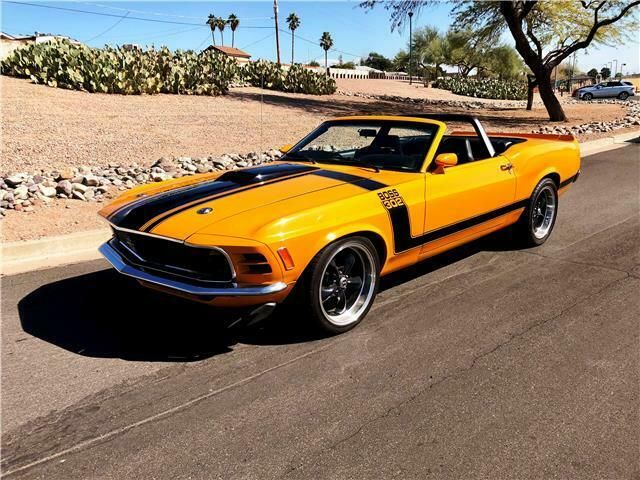 The custom mix “Grabber Orange" exterior paint attracts your attention immediately with the signature Boss 302 black decals are right where they should be. Custom Shelby American 18" wheels and tires complete the sleek, restored look.
Under the hood sits the fully built 351 ci High Performance crate motor capable of over 500hp- This one is chromed and polished everywhere making it a perfect show car. Power assisted brakes and steering, a 4bbl carburetor and headers and the custom exhaust all contribute to the epic performance of this Boss 302. A Tremec 5-speed manual transmission with a hydraulic clutch and linked to a Posi rear end is a great way to enjoy a car like this to its limits.
Inside this Boss 302 Roadster is where you'll experience the magic first hand in the leather Corbeau seats fully strapped in with 4-point race harnesses. Auto Meter gauges with read-outs for speed, tachometer, oil pressure..