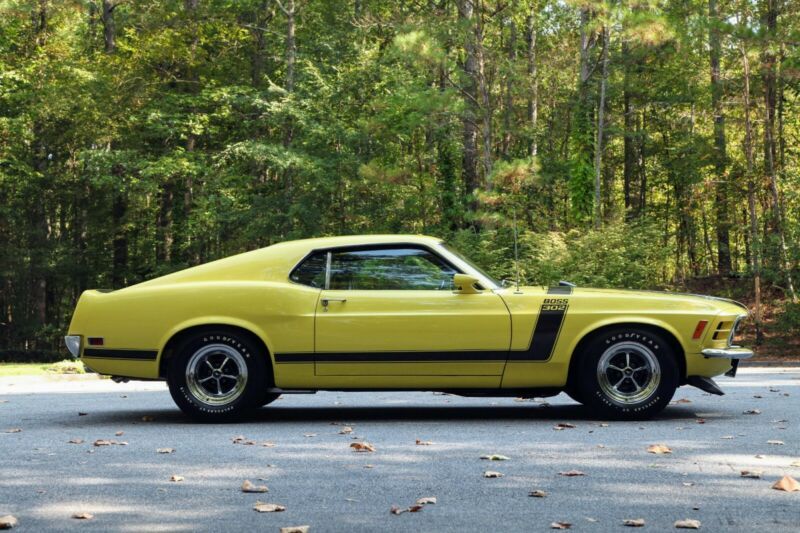 The engine has correct casting numbers, casting date, and assembly date. It has the
correct Boss oil pan and intake. Even the water pump is an NOS factory Ford unit with the correct D00E-D casting
numbers. All the pulleys and mounting brackets are original Ford Mo Co. The second owner also installed NOS items
that he found in the late 80's like original NOS Ford radiator hoses, NOS fan belt, NOS starter relay, etc... In
the mid 2000s, the second owner sold the Boss and it has been in high end collections since. I personally have had
this Boss approx 5 years and it runs and drives exceptionally well. The Boss standard bore motor is now a minimal
.20 over and has been balanced, blueprinted and upgraded to a modern solid lifter roller cam and valve train plus
MSD ignition and couple other minor bolt-on performance items which take the already potent high revving
performance motor to the next performance level while adding reliability